At a 10:00 am press conference this morning at Hargray Capitol Theatre, The Cherry Blossom Festival announced the 2018 Street Party Line-Up.  2018 CBF Chair Marvel Burgess along with and Alex Habersham, the 2019 CBF Chair announced the all-star lineup with help from Charles Davis from 100.9 The Creek.

Chaka Khan is an American recording artist whose career has spanned five decades, beginning in the 1970s as the lead vocalist and focal point of the funk band Rufus. Widely known as the Queen of Funk, Khan has won ten Grammys and has sold an estimated 70 million records worldwide. Khan was ranked at number 17 in VH1's original list of the 100 Greatest Women of Rock & Roll. In 2015, she was nominated for induction into the Rock and Roll Hall of Fame for the second time; she was previously nominated as member of Rufus in 2011. Khan was the first R&B artist to have a crossover hit featuring a rapper, with "I Feel for You" in 1984.  In the course of her solo career, Khan has achieved three gold singles, three gold albums and one platinum album with I Feel for You. With Rufus, she achieved four gold singles, four gold albums, and two platinum albums. In December 2016, Billboard magazine ranked her as the 65th most successful dance artist of all time. 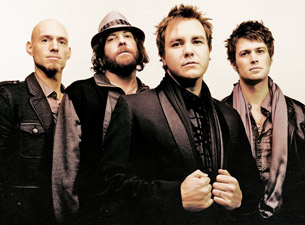 Eli Young Band is an American country music band composed of members who met while students at the University of North Texas in Denton, Texas: Mike Eli (vocals, guitar), James Young (guitar), Jon Jones (bass guitar), and Chris Thompson (drums). They released their self-titled debut album in 2002, followed by the Carnival records release Level in 2005. Their third album, Jet Black & Jealous," was released in 2008 by Universal South Records. A second major-label album, Life at Best," was released in 2011 by Republic Nashville, with 10,000 Towns following in early 2014. The band has charted eight times on the Billboard country charts, with three of their singles having reached number 1: "Crazy Girl," which was the top country song of 2011 according to Billboard Year-End, along with "Even If It Breaks Your Heart" and "Drunk Last Night."